Recently we sponsored a competition with our friends in Poland, which proved a huge hit with the local creative community. The challenge was for designers to create consumer applications and accessories using Texon Vogue – our vegan friendly, washable kraftpaper.

The title of the competition was the Washpapa Challenge Paper & Fashion Design – or the #WashpapaChallenge for short. It was organised by Washpapa, our distributor for Texon Vogue in Poland and Baltic States.

By the time the challenge had ended, it had received over 500 votes on social media. We caught up with Washpapa’s Kasia Rydzewska, to learn all about the competition. . .

“The level of entries for the #WashpapaChallenge was very high,” she told us. “The contestants were well prepared and their designs were meticulously thought through.”

“The competing pieces created quite a buzz among Washpapa followers,” Kasia continued, “which resulted in an extremely pleasant and positive atmosphere during the challenge.”

Kasia said: “There were over 500 people who joined us in the grand finale on Instagram and Facebook, casting their votes for the most outstanding projects. As the level of the competition exceeded our expectations, we decided to award three prizes, with the support of Texon.”

“A whole range of positive emotions”

Kasia explained that the competition was designed to further engage the fashion community, inspire existing Washpapa fans, and to introduce Washpapa to an even wider audience and it certainly seems that they got their wish.

“During the two weeks of the competition, we experienced a whole range of positive emotions,” Kasia told us. “Each reveal of the smallest detail of the designs was welcomed with words of encouragement and appreciation.”

“We cannot wait to see more creations,” she concluded, “and we will definitely encourage Polish designers to reach for Washpapa in their collections.” 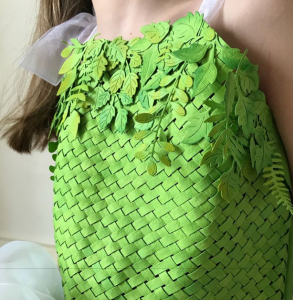 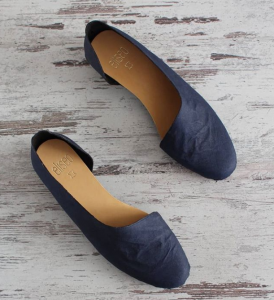 “We are excited about how versatile and creative Texon Vogue is and increasingly more and more customers and designers are realising just what a remarkable material it is. Thanks to the #WashpapaChallenge, Texon are confident this competion will inspire others and open up new opportunities and markets for Texon Vogue.”

Holger continued: “When you consider that it comes in a variety of colours, gauges and finishes, then the only limiting factor is your imagination, and now, thanks to the designers who entered the challenge, those limits have been extended.”

If you would like to find out more about Texon Vogue and see what amazing commercial opportunities it could provide your business with, please get in touch here.